The image of Canadians simply being beer drinkers is slowly giving way to a country that enjoys its wine. Canadians are drinking more wine now compared to 20 years ago. This may be surprising given our aforementioned reputation, but when you consider the fact that Canadians are known to produce some of the best wine in the world, maybe the numbers aren’t that surprising after all.

How Much Wine Are Canadians Drinking

The per capita numbers are in and the figures tell the story. The average Canadian drinks about 20 bottles of wine each year, amounting to 15 litres per person or one and a half bottles per month.
Where does this rank Canada amongst the other top wine-drinking countries in the world? Well, it puts them ahead of the U.S.—the average American consumes about 11 litres of wine each year. But Canada is still far behind some of the bigger wine-drinking countries. Take France, for instance. The average French resident drinks an astounding—but not surprising—43 litres of wine per year. Italians on average drink 36 litres of wine per person each year, and the Germans on average drink 25 litres per person each year. For the French and Italians, believe it or not, this number has decreased over the last four or five decades, but Canada’s wine-drinking numbers are twice what they were in the early 1990s.
To put these numbers into context: the per capita ratio takes into account every man, woman and child, regardless of age, which really doesn’t give a true depiction of who and how much wine legal consumers are actually drinking. The figures would certainly be a lot higher across the board if you were to remove anyone under drinking age.
Another factor to keep in mind is that not everyone who is legally able to drink does drink. So in populations where there aren’t as many drinkers, the consumption numbers will be affected. 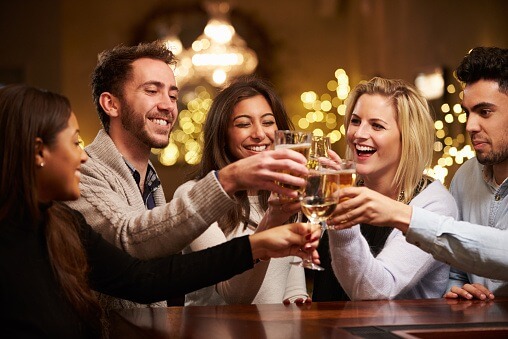 The fact that wine drinking in Canada has doubled in recent decades shouldn’t come as a surprise. We’ve discussed in previous articles how today’s younger generations have drastically shifted away from beer and are consuming wine at much higher rates. There is also the fact that Canada has become world-renowned for its wine production. The Niagara Peninsula, for one, is the largest producer of ice wine in the world—the quality of wine being produced has escalated and allowed Canadians much more sophisticated options.
Wine drinking has become a big part of Canadian culture. Today’s generations are embracing and appreciating wine on a different level—socially when they are out with friends, and casually when they are at home. Cable Wine Systems recognizes this shift and produces customized wine racks to support the growing trend of homeowners drinking and collecting wine.
If you want to learn more about Cable Wine Systems, visit our website today.

Fill out the form below to get more information about the Cable Wine System.